Rhiannon Giddens to perform with ProMusica at the 2023 Soirée 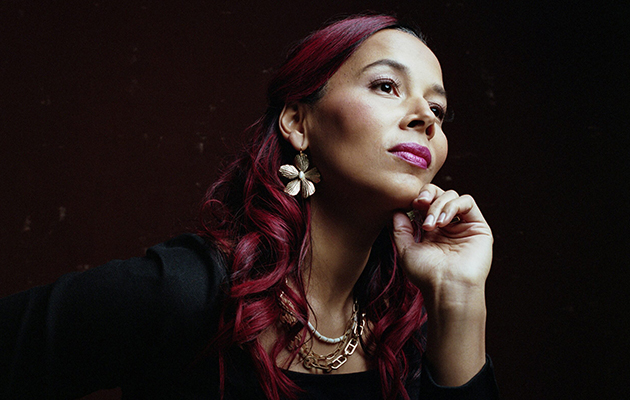 (Columbus) – ProMusica Chamber Orchestra today announced that singer-songwriter and multi-instrumentalist Rhiannon Giddens will join the orchestra for the return of its annual fundraiser, the 2023 Soirée Benefit & Concert, on Jan. 19, 2023 at the Southern Theatre.

The 2023 Soirée pre-concert party will begin at 6 p.m. in the ballroom of The Westin Great Southern Columbus hotel, 310 S. High Street, and the concert will begin at 8 p.m. in the adjoining Southern Theatre, 21 E. Main Street. Funds raised from this event go to support ProMusica’s artistic and education programs.

In addition to her talents as a vocalist, Rhiannon Giddens also plays banjo and fiddle in The Carolina Chocolate Drops. Her elegant bearing, prodigious voice, and fierce spirit is abundantly evident on her critically acclaimed solo debut, the Grammy-nominated album Tomorrow Is My Turn. Giddens is also a member of the band Our Native Daughters with three other black female banjo players, Leyla McCalla, Allison Russell and Amythyst Kiah, and co-produced their debut album Songs of Our Native Daughters in 2019. Giddens is featured in Ken Burns’ Country Music Series, where she speaks about the African American origins of country music. Other televised performances include The Late Show, Austin City Limits, Later…with Jools Holland, and both CBS Saturday and Sunday Morning, among numerous other notable media appearances. She performed for President Obama and the First Lady on In Performance at the White House: In the Gospel Tradition.

“Our signature Soirée has always been a beloved event for ProMusica and for our audiences, and we are thrilled to bring it back after a three-year COVID hiatus” said Janet Chen, CEO of ProMusica. “We wanted to feature an extraordinary talent for the Soirée’s return – an artist who can seamlessly weave together a myriad of musical sounds, melodies, and genres, yet stay true and authentic to their artistic roots. Rhiannon’s renown and artistry is fast on the rise, and we are so excited to collaborate with her for this one-night-only special and not-to-be-missed event!”