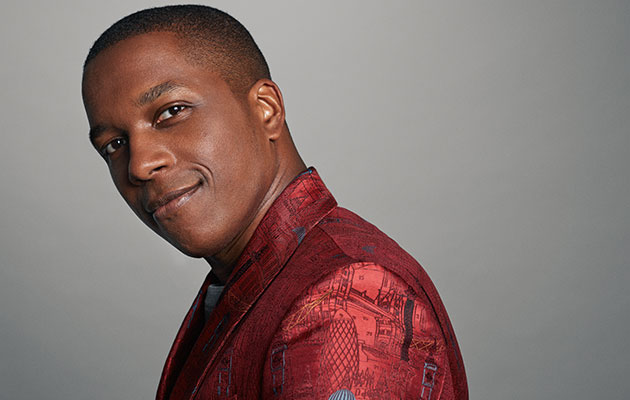 (Columbus, OH) – – ProMusica Chamber Orchestra announces celebrated Broadway star, singer and actor Leslie Odom, Jr. as guest artist for its annual Soirée benefit and concert event in February. Odom Jr. originated the role of Aaron Burr in the Broadway hit musical Hamilton, a performance for which he won the 2016 Tony Award for Best Actor in a Musical and a GRAMMY award for his principal soloist performance on the cast album in the “Best Musical Theater Album” category. Music Director David Danzmayr will conduct.

The 2018 ProMusica Soirée benefit and concert will take place at the Southern Theatre and the adjoining Westin Columbus Ballroom on Saturday, February 10th. The pre-concert party will begin at 6 p.m., with the performance at 8 p.m.

“ProMusica is thrilled to present such a multi-faceted, exciting, and imaginative artist for our annual Soirée event this year,” said Executive Director Janet Chen. “Leslie Odom, Jr. has garnered incredible accolades as an actor and singer, and the opportunity to feature him alongside our orchestra promises to be an evening not-to-be-missed.”

Leslie Odom, Jr. made his Broadway debut in the musical Rent at just 16 years old. That first high-profile gig lead to appearances in LucasFilm’s 2012 Red Tails on the big screen as well as in high-profile recurring television roles on Smash, Person of Interest, Law & Order: Special Victims Unit, and many more. In 2015, he landed the role of a lifetime as Aaron Burr in Hamilton. With producer Joseph Abate, he released his self-titled solo debut Leslie Odom, Jr. The collection made it to #1 on the Billboard Top Jazz Albums Chart, and he followed with a holiday release, Simply Christmas. Odom capped off 2017 starring in the film Murder on the Orient Express, and will release a PBS Special and new album in 2018.

Although Odom has received acclaim for his acting performances, on stage, and on the big and small screen, he notes that music, and singing, is his primary interest. “When people listen to any of my albums or songs, I hope they hear quality first,” said Odom. “I hope they hear something tastefully made, with love and attention to detail at the center. We respect our audiences and we appreciate their time and support. We don’t want them to feel they’ve wasted either.”

Tickets for the Soirée concert alone can be purchased for $45, $60 or $95. Patron Packages, which include the cocktail reception in The Westin Ballroom in addition to the concert, can be purchased at the $350 Gold Level, the $275 Silver Level, and the $200 Bronze Level. A portion of each package is tax-deductible. Tickets and more information are available by calling ProMusica at 614-464-0066, or online at www.promusicacolumbus.org.