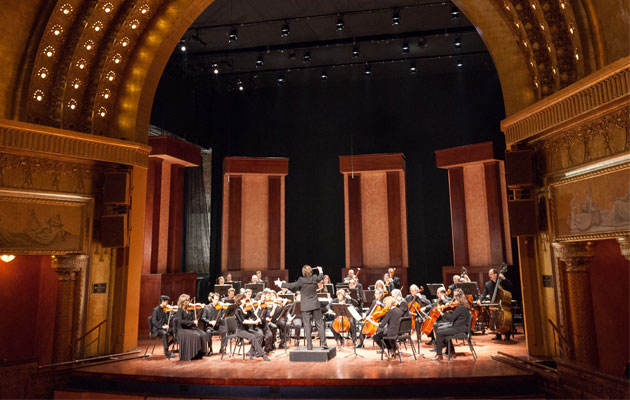 (Columbus, OH) – ProMusica Chamber Orchestra and Music Director David Danzmayr have announced four new musicians to join the orchestra’s roster beginning with the start of the 2018-19 season: Jennifer Ross as principal second violin; Koko Watanabe as section violin; Ilya Shterenberg as principal clarinet; and Stephanie Blaha as principal horn. In addition, violinist Rebecca Willie, who has been with ProMusica since 2015, has been appointed Assistant Concertmaster. 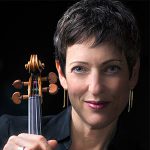 Violinist Jennifer Ross has enjoyed a full and varied career as an orchestra member, chamber musician, soloist, and teacher. She held the position of Principal Second Violin of the Pittsburgh Symphony Orchestra since 1999, touring and recording extensively, and performing as soloist. Ms. Ross graduated from the Curtis Institute of Music, and her career began at the age of 19 as Associate Concertmaster of the Honolulu Symphony. She went on to become a member of the Cincinnati Symphony Orchestra and has since performed with the LA Chamber Orchestra, the Seattle Symphony, and L’Orchestra Symphonique de Montreal, among others. She has spent more than 35 summers as a member of the Grand Teton Music Festival in Jackson Hole, Wyoming, where she now resides.

“It’s a huge coup for us to get Jennifer Ross to come to ProMusica after her departure from the Pittsburgh Symphony. Her move to join us is a powerful testament to the good work we’re doing on the national and international chamber orchestra scene,” said David Danzmayr, Music Director, ProMusica Chamber Orchestra. “The addition of all of these extremely talented musicians is a great feather in our cap and will continue to help take us to the next level.” 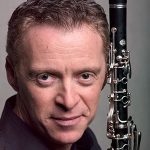 Ilya Shterenberg who currently also holds the position of Principal Clarinet with the San Antonio Symphony, balances a busy career as an orchestral musician, chamber music performer, and a soloist, He has been featured as a soloist with San Antonio and Charleston symphonies, performing works by Mozart, Weber, Rossini, Debussy, and Strauss, as well as rarely heard clarinet concertos by Krommer and Kurpinsky. He has been featured as Principal Clarinet with Cincinnati and Seattle Symphonies and has collaborated with some of the most notable conductors of our time, including Roger Norrington, Seiji Ozawa, Dennis Russell Davies, Herbert Blomstedt, Daniel Barenboim, George Solti, Pierre Boulez and others. 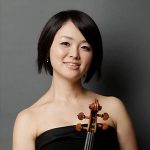 Violinist Koko Watanabe is a native of Japan, and has given orchestral, recital, and chamber music performances in both the U.S. and Japan. Currently, she also performs with the Alabama Symphony and the Canton Symphony. Ms. Watanabe earned her Master of Music degree at Toho Conservatory and her Bachelor of Music degree at the Tokyo College of Music, where she won the Great Wall International Music Competition. As a chamber musician, Ms. Watanabe has participated in Cleveland Institute of Music’s Intensive Quartet Seminar, where she worked with Peter Salaff and the Cavani String Quartet. A committed teacher, Ms. Watanabe has a private studio and teaches at Hathaway Brown School in Shaker Heights, and was a member of the violin faculty at the Interlochen Summer Arts Camp in 2014 and 2015. 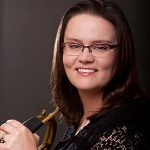 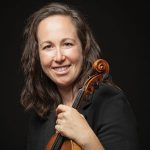 New Assistant Concertmaster Rebecca Willie, who has been a member of ProMusica’s violin section for three seasons, also serves as Assistant Concertmaster of the Winston-Salem Symphony and performs on the Classical Revolution Greensboro series with the Railyard Quartet. She is a founding member of Legal Wood Project, an ensemble performing chamber works for strings and percussion. Before relocating to North Carolina, Ms. Willie was a member of the Nashville Symphony for 12 seasons working under conductors such as Leonard Slatkin, Sir Neville Mariner, Carlos Kalmar, and Peter Oundjian. During her time in the orchestra, the NSO received seven GRAMMY wins and 14 nominations for their recordings of current American composers. Ms. Willie also traveled with the NSO to perform at Carnegie Hall on the Spring for Music series as the culmination of their eastern US tour in 2012. Ms. Willie also performed at Carnegie Hall in June of 2018 with the Oistrakh Symphony of Chicago. During the summers, Ms. Willie regularly performs at the New Hampshire Music Festival.

SEASON SUBSCRIPTION (AND SINGLE TICKET) INFORMATION
Subscription and Series packages for the 2018-19 season – including Flex Series and Worthington Series options – ranging from $62 to $270 are available now. Additionally, single tickets (priced from $12-$50 are on sale now. Tickets can be purchased by calling the ProMusica office (614-464-0066 ext. 101; www.promusicacolumbus.org) or through Ticketmaster.