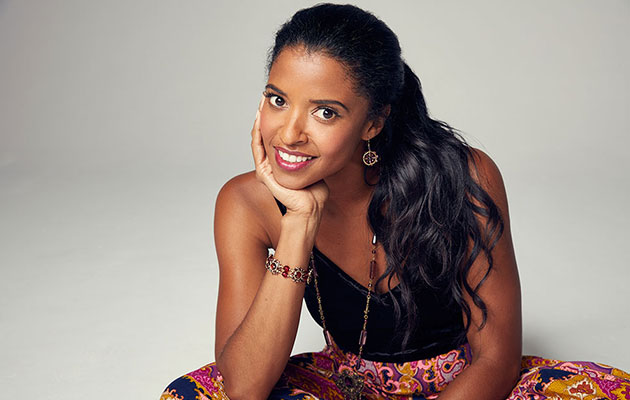 (Columbus, OH) – ProMusica Chamber Orchestra today announced that Tony and Grammy award winning vocalist and actress Renée Elise Goldsberry will perform at this season’s 2020 Soirée fundraiser event. In addition to Tony and Grammy awards, Goldsberry won Drama Desk Award and Lucille Lortel Award for her performance, both on and off-Broadway, in the musical theater phenomenon Hamilton, having originated the role of Angelica Schuyler.

Goldsberry’s performance will feature a mix of Broadway, pop, blues, and gospel music backed by her band and a trio of singers, along with ProMusica led by music director David Danzmayr.

The 2020 ProMusica Soirée party and concert will take place at The Westin Great Southern Columbus ballroom and the adjoining Southern Theatre, respectively, on Saturday, Feb. 1, 2020. The pre-show party will begin at 6:00 PM, with the performance beginning at 8:00 PM.

“We are thrilled to feature Renée as our guest artist for this year’s Soirée” said ProMusica CEO Janet Chen. “She brings such a diverse perspective within her artistry, and you will hear her talents in performing music of all genres, from classical to Americana, to blues and gospel. There will be something for everyone in our audience that night.”

Prior to Hamilton, Renee’s appearances on stage include her Outer Critics Circle Award nominated performance opposite Frances McDormand in the play Good People, as well as the original Broadway version of The Color Purple. She made her Broadway debut in The Lion King, and her performance as Mimi in Broadway’s closing cast of Rent was immortalized on film. Highlights from her television and film credits include her work on The Good Wife, The Following, and her creation of the beloved character Evangeline Williamson on ABC’S One Life to Live, for which she received two Daytime Emmy nominations and two NAACP Image Award nominations.

Goldsberry is currently starring in the hit Netflix series Altered Carbon, and last year starred in the Amblin Entertainment film The House with a Clock in its Walls opposite Cate Blanchett, Jack Black, and Kyle Maclachlan.

TICKET INFORMATION
Tickets for the 2020 Soirée concert alone go on sale at 10:00 AM on Wednesday, November 13, 2019, range from $45 to $95, via Ticketmaster. Patron packages, which include concert tickets and the pre-concert cocktail party at The Westin Great Southern Columbus ballroom can be purchased at the $350 Gold Level, the $275 Silver Level, and the $200 Bronze Level. A portion of each package is tax-deductible. Tickets and more information are available by calling ProMusica at 614-464-0066 ext. 101, or online at www.promusicacolumbus.org.