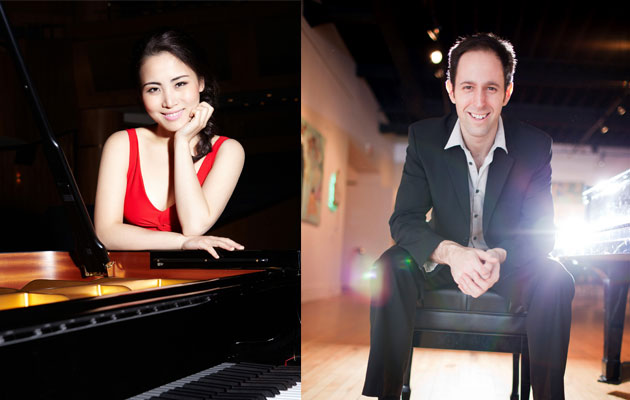 Performance to feature Schubert and regional debut of American composer

“Less than 15 percent of the living composers of classical music are women, and we are thrilled to feature this new piece by one of America’s greatest,” said ProMusica Chamber Orchestra Executive Director Janet Chen. “David is looking forward to sharing this work with our audience in Central Ohio after the overwhelming response he received in San Diego.”

November’s concert will blend the old with the new. In contrast to Gabriela Lena Frank’s “Five Dances,” ProMusica will perform Franz Shubert’s Symphony No. 6 “Little C-Major,” composed in 1817. The concert will end with French Romantic composer Charles Camille Saint-Saëns “Le carnaval des animaux,” or “Carnival of the Animals,” — a suite he arranged with two pianos as the centerpiece in 1886.

Having worked with ProMusica in 2012, guest artist Di Wu returns for her second performance with the orchestra. Making her professional debut with the Beijing Orchestra at the age of 14, Wu has been lauded by the San Francisco Classical Voice for “the level of musical maturity she possesses, her exacting attention to details, and the way she opens her vision of the world to the audience.” Wu has toured widely in Asia, Europe and the United States, where she has performed with the Philadelphia Orchestra, the Cincinnati Symphony Orchestra, the Philharmoniker Hamburg, and twice in Carnegie Hall with The New York Pops, among others.

Pianist Spencer Myer has been singled out for his “superb playing” and “poised, alert musicianship” by The Boston Globe and labeled “definitely a man to watch” by London’s The Independent. Myer’s orchestral, recital and chamber music performances have been heard throughout the United States, Canada, Europe, Africa and Asia, as a soloist with – among others — The Cleveland Orchestra, The Park Avenue Chamber Symphony, Mexico’s Orquesta Filarmónica de Jalisco and Beijing’s China National Symphony Orchestra.  His 2005 recital/orchestral tour of South Africa included a performance of the five piano concerti of Beethoven with the Chamber Orchestra of South Africa.

SEASON TICKET SUBSCRIPTION (AND SINGLE TICKET) INFORMATION
Single tickets are available now for $12 to $50. Subscriptions packages, ranging from $62 to $270, are available for the 2016-17 concert season, including a Flex Series option and the Worthington Series. Subscriptions and single tickets are on sale through the ProMusica office (614-464-0066; www.promusicacolumbus.org) or Ticketmaster.