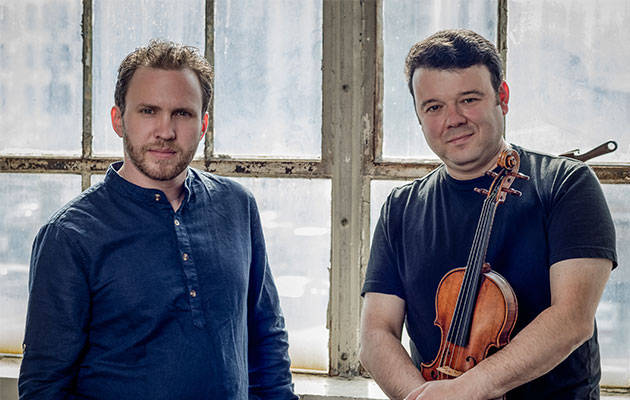 (Columbus, OH) – Music Director David Danzmayr and Creative Partner and Principal Guest Artist violinist Vadim Gluzman team up for the fourth time for ProMusica Chamber Orchestra’s grand season finale concerts this May. The Beethoven-focused program showcases the orchestra’s artistic strengths through monumental works of the orchestral repertoire. Additionally, ProMusica will highlight middle-school violin students from the “Play Us Forward” program in a brief performance at the start of each performance.

“It is always a high point of the season when we get our two artistic leaders, David Danzmayr and Vadim Gluzman, on stage together to perform,” said ProMusica Executive Director Janet Chen. “These concerts have become a beloved tradition at ProMusica and are always exceptionally dynamic performances–providing a great way to end to our concert season.”

The program will begin with Eric Wolfgang Korngold’s Straussiana, which is an arrangement of forgotten melodies of Johann Strauss – the “Father of the Viennese Waltz” – brilliantly woven together by Korngold in 1953. Next, Gluzman will take center stage as soloist for Beethoven’s Violin Concerto, one of the most significant works of the violin concerto repertoire. The concert will conclude with one of Beethoven’s best-loved works, the joyous Symphony No. 7.

Beginning the concert each evening, violin students from ProMusica’s Play Us Forward program will perform short selections, displaying their progress made as young musicians through the school year.  Play Us Forward is a collaboration with four Columbus charter schools, now in its third year, that provides high-quality music and violin instruction, along with instruments, to 75 middle-school students from underserved communities at no cost to the students or their families.

The David & Vadim concerts are supported by the E. Nakamichi Foundation.

TICKET INFORMATION
Tickets for David & Vadim range from $12 to $50 and available for purchase through the ProMusica office (614-464-0066 ext. 101; www.promusicacolumbus.org) or Ticketmaster.