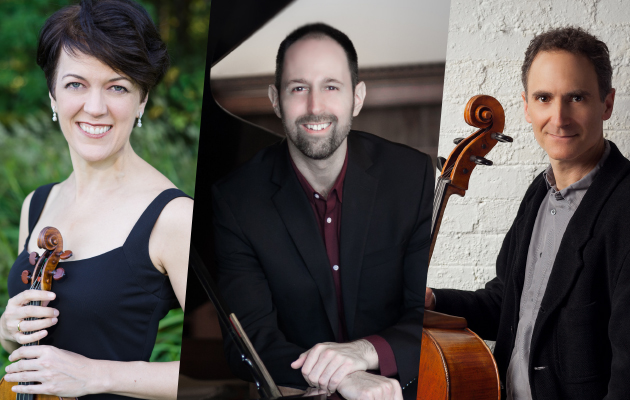 The concert offers a diverse program that reflects culture and heritage through music. ProMusica will open with the charming Four Novelletten, by Samuel Coleridge-Taylor who was an Anglo-African composer, conductor and political activist who fought against racial prejudice with his compositions. Beethoven’s masterful Concerto for Violin, Cello, Piano and Orchestra (Triple Concerto) follows and the concert will conclude with Felix Mendelssohn’s poetic and romantic Symphony No. 3, named ‘Scottish’ which was inspired by a visit to Scotland and upon seeing the beautiful landscapes.

“We are excited for this program that offers great, moving music to kick off the new year – emotions that encompass both celebration and reflection,” said ProMusica CEO Janet Chen. “It is wonderful to not only welcome back our friend Spencer Myer to the Southern Theatre, but for our own musicians, Katie McLin and Marc Moskovitz to join him as featured soloists. There will be a lot of fantastic music-making on stage!”

Lauded by The Boston Globe for his “superb playing” and “poised, alert musicianship”, pianist Spencer Myer is widely known for his artistry as a concert soloist, chamber musician, and music educator. Making his return to ProMusica since his last appearance with the orchestra in 2016, Cleveland-born Myer is a graduate of Oberlin College and The Julliard School, where he studied with Julian Martin, Peter Takács, Joseph Schwartz and Christina Dahl. Gold Medalist of the 2008 New Orleans International Piano Competition, Myer is rapidly establishing himself as one of the most outstanding pianists of his generation.  His orchestral, recital and chamber music performances have been heard throughout North America, Europe, Africa and Asia and in venues such as 92nd Street Y, London’s Wigmore Hall, an Weilll Recital Hall in New York City. He has performed as soloist with The Cleveland Orchestra, Dayton and Louisiana Philharmonic Orchestras, Pro Arte Chamber Orchestra of Boston, and Beijing’s China National Symphony Orchestra among many others. Since his debut CD recording release of solo piano works, which received critical acclaim by Fanfare and Gramophone magazines, he has since released four more recordings on the Steinway & Sons label. Myer has served as guest faculty at the Oberlin and Baldwin-Wallace Conservatories of Music, and currently teaches at Boston’s Longy School of Music and has been appointed Visiting Assistant Professor of Piano at Indiana University’s Jacobs School of Music.

Tickets for the Mendelssohn & Beethoven concert range from $16 to $58 and are available through the ProMusica office (online at www.promusicacolumbus.org, and by phone at 614.464.0066 ext. 111) or via Ticketmaster.

Only single tickets will be sold for ProMusica’s 2021-2022 season to ensure flexibility and safety for all audiences. A section for social distanced seating will also be available upon request, through the ProMusica office, and Southern Theatre capacity will be limited. CAPA requires all patrons, staff, and volunteers to wear masks at all times while inside the Southern Theatre, in addition to proof of vaccination.