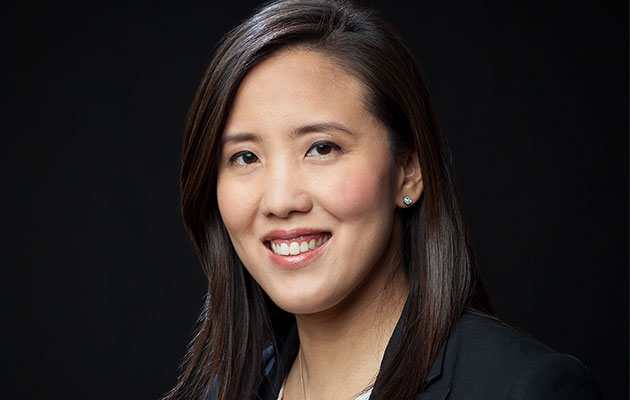 (Columbus, OH) – ProMusica Chamber Orchestra’s Board of Trustees has named Janet Chen as Chief Executive Officer. Chen is the first person to hold this title within the organization’s 41-year history.

Chen has served as ProMusica’s Executive Director since 2006. Throughout her tenure, she has navigated the complex process of securing a new Music Director, recruited world class artists to partner  with the orchestra, developed collaborations with arts and community organizations, championed impactful music education programs for underserved students, developed an annual free summer music series, and executed the orchestra’s first tour to Chicago. In the past seven years, she has doubled the size of ProMusica’s operating budget and worked to build the organization’s endowment fund while managing consecutive balanced budgets. Chen fosters the positive relationships that have been cultivated among the musicians, staff, Board, patrons, and broader community that have now come to define the organization.

“Janet has been such an incredible asset to ProMusica during these last 13 years, leading us to expand and move forward as a nationally and internationally renowned chamber orchestra,” said Joan Herbers, past-president of ProMusica’s Board of Trustees. “She stepped into the Executive Director position at age 30. Under her leadership, what ProMusica has achieved is nothing short of breathtaking. We feel it is important for her title to accurately reflect her role at ProMusica, but also to reflect ProMusica’s growing reputation as a world-class chamber orchestra both locally and globally.”

Born in America and raised in Taiwan, Chen has led an active and diverse career as a performing musician, arts administrator, and music educator. She holds a bachelor’s degree from the Oberlin Conservatory of Music and a master’s degree in flute performance from the University of Cincinnati College-Conservatory of Music. She completed the Executive Program for Nonprofit Leaders in the Arts— a joint program of the Stanford Graduate School of Business and National Arts Strategies. In 2018, Chen was one of ten members representing Columbus at the Young American Leaders Program at the Harvard Business School. She was selected one of Columbus Business First’s “Forty Under 40,” one of “19 Non-profit Innovators” by CityPulse Columbus and has been profiled in Columbus CEO Magazine, The Columbus Dispatch, and is a featured artist as part of Columbus, Ohio’s “Art Makes Columbus” marketing campaign. In 2018, she was named a YWCA Columbus Woman of Achievement and honored by Columbus Business First as one of the “Most Admired Executives in Central Ohio”. Chen serves on the Board of the Columbus Music Commission and is a member of the Columbus Cultural Leadership Consortium.

“Janet is an important voice in our community. Her leadership to elevate ProMusica’s position both locally and globally has greatly supported our collective efforts to lift the arts in Columbus,” said Tom Katzenmeyer, CEO of the Greater Columbus Arts Council. “Additionally, Janet’s focus on making the arts accessible to all is important to Central Ohio – whether it’s through ProMusica’s Play Us Forward program that provides stringed instruments and musical instruction to select urban Columbus charter schools or its ongoing Summer Music Series to host free concerts at Franklin Park Conservatory.”

SEASON TICKET SUBSCRIPTION (AND SINGLE TICKET) INFORMATION
Single tickets to any regular season concert – ranging from $16 to $58 – are on sale now. Subscription packages and single tickets are available for purchase through the ProMusica office (614-464-0066 ext. 101; www.promusicacolumbus.org) or through Ticketmaster.