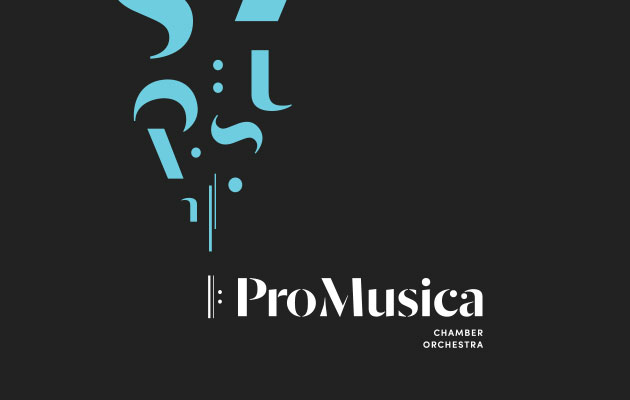 (Columbus, OH) – ProMusica’s 2018-19 (40th anniversary) season will feature a roster of world-renowned guest artists, present its 66th and 67th commissions, and complete its Beethoven Symphony Cycle that began during the 2017-18 season. The popular NAKED CLASSICS concert series returns for the third season, and ProMusica collaborates with Opera Columbus for the co-production and world premiere of a new chamber opera.

“It is an honor to lead ProMusica into its 40th anniversary, and to continue our exciting musical path with our supporters and audience,” said Music Director David Danzmayr. “It’s important in this year to highlight the unique qualities that are distinct to ProMusica: commissions and world premieres, artistic collaborations, and our mix of innovative and traditional programming. We will bring you another year of great concerts.”

NEW TWIST ON AN OLD FAVORITE:

“This anniversary season will be a landmark year,” said Executive Director Janet Chen. “In addition to showcasing the incredible artistry of David and our musicians, we are also celebrating a new image and new message! We are proud of ProMusica’s trajectory and growing recognition in our industry as a leading chamber orchestra. We want the 40th season to signify our belief that Columbus deserves to be known as having one of the top orchestras in the world.”

SUBSCRIPTION SERIES AT THE SOUTHERN THEATRE

The program includes Beethoven’s mastery with his Concerto for Violin, Cello, Piano and Orchestra, Op. 56 (Triple Concerto) and Symphony No. 2. The concert opens with Charles Ives’ Three Places in New England, a distinctly American work that is one of the first pieces Danzmayr conducted in his inaugural season in the role of Music Director in 2013.

On Nov. 10 and Nov. 11, Gabriela Montero, Venezuelan pianist and activist, known for her real-time improvisation of complex musical pieces as well as for performances of standard classical repertoire, presents the world premiere of her new piece Babel. Co-commissioned with the renowned Scottish Ensemble, Montero’s appearance continues the “Composer/Performer” project for its sixth season. In addition, Montero will perform Mozart’s Piano Concerto No. 14, K. 449 conducted by David Danzmayr.

Two Beethoven symphonies will be presented: Symphony No. 8, and Symphony No. 10, a which was completed by Barry Cooper in 1988, working from sketches and fragments that Beethoven had written.

The Dec. 8 and Dec. 9 concerts will feature Max Richter’s The Four Seasons Recomposed; a reinterpretation of Vivaldi’s classic, The Four Seasons. Although Richter said that he discarded 75% of Vivaldi’s original material, the parts he does use are phased and looped, emphasizing his grounding in postmodern and minimalist music. Violinist Alexandra Soumm, who first worked with David Danzmayr in Scotland at the young age of 16, will perform as soloist with the orchestra. The concert concludes with Beethoven’s Symphony No. 4.

David Danzmayr will lead the Jan. 26 and Jan. 27 concerts, featuring Norwegian trumpeter Tine Thing Helseth. Rapidly establishing herself as one of the foremost trumpet soloists of our time, Helseth is the leader of an all-female brass ensemble, tenThing and, in 2011, was named a “Superstar of Tomorrow” by BBC Music Magazine.

Helseth will perform Haydn’s Trumpet Concerto and MacMillan’s Seraph for Trumpet and String Orchestra. The program will close with Beethoven’s Symphony No. 6, “Pastoral.”

On Apr. 6 and Apr. 7, ProMusica’s Creative Partner and violinist Vadim Gluzman will lead the orchestra with two works by Bach –– his Violin Concerto No. 2 and Concerto for Two Violins –– in addition to Shostakovich’s Chamber Symphony and Tchaikovsky’s Serenade for Strings.

The 20-year-old violinist Alina Kobialka makes her debut with ProMusica in collaboration with the North Shore Chamber Music Festival’s Stars of Tomorrow! program. At the age of 13, Alina won the San Francisco Symphony Youth Orchestra’s Concerto Competition and performed Tchaikovsky’s Violin Concerto with the orchestra.

David Danzmayr closes the 40th anniversary season on May 11 and May 12 with the Beethoven’s massive Symphony No. 9. Vocalists Kathrin Danzmayr, Abigail Nims, Lawrence Wiliford, and Aaron Wardell combined with LancasterChorale are featured for an exciting conclusion to the 2018-19 season. The concert includes Mozart’s Allegri Miserere and select Schubert songs orchestrated by Max Reger.

The Worthington Series –– a four-concert series at the intimate setting of the Worthington United Methodist Church –– showcases both the full orchestra and smaller chamber ensembles of ProMusica’s musicians.

The annual holiday tradition continues with the Messiah Side-by-Side Sing-Along on Dec. 7, hosted by the Ohio State University’s Director of Choral Studies, Robert J. Ward at the Southern Theatre. Raise your voice in song with friends, family, and church choirs, and sing selections from Handel’s Messiah. Orchestra students and area music directors join ProMusica musicians on stage for this joyful community event.

On Feb. 8, 9, and 10, ProMusica collaborates with Opera Columbus to present a newly commissioned chamber opera. The Flood tells a story of human connection through loss and shared tragedy, centered around the devastation of Columbus’ Franklinton neighborhood in the Great Ohio Flood of 1913. The Flood is co-produced by ProMusica Executive Director Janet Chen and Opera Columbus Artistic Director Peggy Kriha Dye. Stephen Wadsworth is the librettist and director. Korine Fujiwara is the composer, with Steven Osgood conducting the orchestra.

The annual ProMusica Soirée on Feb. 23 begins with a pre-concert party in the historic ballroom of The Westin Columbus. Mix and mingle with friends and then head to the Southern Theatre for a collaborative concert, led by music director David Danzmayr, featuring a guest artist to be announced.

The NAKED CLASSICS series will return, by popular demand, for a third season. Paul Rissmann –– renowned music educator, composer and presenter will host the first half of the program. The series explores classical music in a fresh, accessible format; investigating the construction of a single masterwork to reveal fascinating aspects of the piece and its composer’s life and times. In the second half, David Danzmayr (for the October concert) and Vadim Gluzman (for the April concert) and the orchestra will perform the work in their entirety, giving the audience new insight into the piece.

NAKED CLASSICS: Homeland –– Bartók, Ives, & Vaughan Williams
On Oct. 12, Rissmann and Danzmayr explore how three diverse composers embraced the use of folk music in their writing.

NAKED CLASSICS: Shostakovich’s Chamber Symphony
On Apr. 5, Rissmann and Gluzman will lead the orchestra through a fascinating journey of this deeply intense work, both musically and politically.

SEASON SUBSCRIPTION (AND SINGLE TICKET) INFORMATION
Subscription and Series packages for the 2018-19 season –– ranging from $62 to $282 –– will go on sale on Apr. 30. Special events are also available as add-ons to subscription packages. Single tickets will go on sale on Aug. 30. Subscriptions, single tickets and more information are available through the ProMusica office (614-464-0066 ext. 101; www.promusicacolumbus.org) or through Ticketmaster.