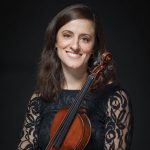 Her latest recording projects include Quartango, an album of tango for string quartet; Latinoamerica, a CD of all Latin-American works and a co-production with Mark Sonksen Vicisitudes with Tangata Ensemble. Previous projects include Sonksen’s Postales del Sur and Argentina Tango on Stage, with Carlos Marzan and his ensemble in Buenos Aires, Argentina

Moreira has been involved as a solo, chamber and orchestral musician in Chicago as concertmistress of Oistrakh Symphony Orchestra and Assistant Concertmaster of Northbrook Symphony. She has also performed in the Chicago Latino Music Festival since 2007 and at the Chicago Tango Festival since 2006. She performs as a soloist with West Suburban Symphony in Illinois yearly.

In addition to her membership with the Kaia String Quartet, she has also collaborated with Rush Hour Concerts, Ondas Ensemble, Intersection from Nashville, the MAVerik Ensemble and the national Chamber Ensemble of Uruguay. She was also winner of the 2010 DePaul Concerto Competition.

Moreira is a faculty member at DePaul University Community Music Division and has a private studio in the Chicago area. She is a passionate Suzuki teacher and devoted educator through her string quartet, including KAIA KIDS, an initiative through WFMT and PBS Kids. Other projects include Tango workshops for violinists at Old Town School of Folk Music, outreach concerts through Ravinia, Evanston in School Music Association, and Promotora de las Bellas Artes in Mexico. 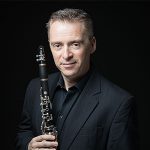 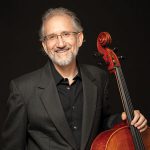 Cellist Joel Becktell has performed, taught, and lectured throughout North and Central America and Europe. He has been a member of the Buffalo Philharmonic Orchestra, the Nichols Quartet, the Harrington String Quartet, and the Moveable Feast chamber ensemble. He has served as Principal Cellist of the Austin Symphony Orchestra and the Santa Fe Pro Musica and is Assistant Principal cellist of the Santa Fe Symphony. Joel appears frequently on Baroque and modern cello and violoncello piccolo as soloist and with ensembles throughout North America. He is a founding member of Movable Sol and the baroque ensemble BWV, both of which perform a popular, intimate concert series in New Mexico. Joel has appeared as soloist with the Buffalo Philharmonic Orchestra and the Santa Fe Symphony. He has recorded for Marquis Classics, Revel Records, Parma, and Blue Griffin Records labels. His latest CD, Bach’s Solo Cello Suites, Volume I, featuring two complete recordings of the first three Bach Suites (one on modern cello, one on a period baroque cello) was released in 2014. 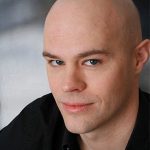 Ryan Behan has won acclaim from audiences in the United States, Europe and China as an exceptionally versatile pianist. Recent highlights: performance at the Salzburg Festival with soprano Jolana Slavíková, concerto soloist with the Toledo Symphony Orchestra, Franz Liszt’s complete Années de Pèlerinage, and a recital appearance with soprano Sumi Jo at the Mozarteum. A winner in the Fischoff National Chamber Music Competition, he has also presented bicentennial celebrations devoted to the solo, chamber music and vocal literature of Franz Liszt, Robert Schumann and Frederic Chopin. Dedicated to the advancement of new music, he has performed the works of many living composers including Luxembourger Alexander Müllenbach, as well as those by Joseph Schwantner at the Contemporary Music Festival and Composers, Inc. in Columbus.

Since 2012 he has served on the collaborative faculty of the Mozarteum International Summer Academy in Salzburg, Austria where he has taught collaborative piano students participating in the Lied class of Wolfgang Holzmair, and coached instrumentalists and singers alongside many of the great artists of our time, including opera singers Grace Bumbry, Wolfgang Brendel, and Hedwig Fassbender; violinists Zakhar Bron and Michael Frischenschlager; cellists Umberto Clerici and the late Heinrich Schiff. With a strong profile throughout Ohio and the Midwest, Behan serves as principal keyboardist for ProMusica Chamber Orchestra and has performed in this organization’s Artist Circle recitals with Vadim Gluzman and Paul Neubauer; he has also concertized with members of the Chicago Symphony, Columbus Symphony, Dayton Philharmonic and Indianapolis Symphony; been guest artist at Indiana University–Bloomington and Cincinnati College-Conservatory of Music; given solo concerts and master classes at the University of Toledo, Wittenberg University and Kenyon College; and served as adjudicator for the Ohio MTNA Young Artist State Competition and the Columbus Youth Symphony Concerto Competition.

Behan holds degrees from Bowling Green State University, the Universität Mozarteum Salzburg and a Doctor of Musical Arts degree from The Ohio State University; he was a student of Jerome Rose, Imre Rohmann, Vedrana Subotic and Caroline Hong; he further studied with Leslie Howard at the International Keyboard Institute in NYC and with James Tocco in Cincinnati. He currently teaches at OSU and Cedarville University, and is a founding member and treasurer of The American Liszt Society Ohio Chapter.