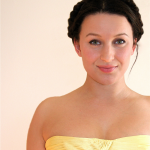 A dedicated interpreter of repertoire off the beaten path, Russian-American soprano Yulia Van Doren has thoughtfully cultivated a unique career as one of the foremost concert singers of her generation. Particularly recognized for her work in Baroque repertoire, Ms. Van Doren has been presented as a guest artist by a majority of the premiere North American orchestras and festivals, has the distinction of being the only singer awarded top prizes in all US Bach vocal competitions, and is featured on two Grammy-nominated opera recordings with the Boston Early Music Festival.

Other career highlights include leading roles in a variety of diverse repertoire, including the world premiere of Shostakovich’s Orango with the Los Angeles Philharmonic, directed by Peter Sellars and released on Deutsche Grammophon; the modern revival of Monsigny’s Le roi et le fermier at Opera de Versailles, the Kennedy Center and Lincoln Center; Monteverdi concerts in Venice with Sir John Eliot Gardiner; Scarlatti’s rarely-performed opera Tigrane at Opera de Nice; Handel’s Acis and Galatea with the Radio Kamer Filharmonie at Amsterdam’s Concertgebouw, and with Akademie für Alte Musik Berlin in Macau, marking the first Handel opera performance in the Chinese region; a variety of eclectic 20th-century repertoire as the featured soprano of the 2013 Ojai Music Festival; several world premieres at Carnegie Hall; and nationally-televised performances at the Cartagena International Music Festival with soprano Dawn Upshaw, a cherished career mentor. Ms. Van Doren made her European debut singing the historically-notable Hungarian premiere of Barber’s Knoxville: Summer of 1915 with the Hungarian Radio Symphony Orchestra.

Passionate about cross-arts collaboration, she has been a frequent soprano soloist for renowned choreographer Mark Morris since 2007, singing many national and international performances with his company including Dido and Aeneas, Acis and Galatea, and Morris’ iconic L’Allegro; and in 2019 Ms. Van Doren became the first opera singer to perform at the Essaoira World Music Festival, one of Africa’s largest music festivals, in a guest appearance with Moroccan Gnawa superstar Hassan Hakmoun.

Born in Moscow, Ms. Van Doren was raised in the United States in a music-filled household in which she and her seven younger siblings were taught by their Russian mezzo-soprano mother and American jazz pianist father. After spending her high school years working full-time in professional musical theater, she switched focus to classical singing and attended New England Conservatory. Her graduate degree from Bard College Conservatory was generously supported by a Soros Fellowship, and postgraduate study in Paris by a Beebe Fellowship. She is an Astral Artist Laureate. 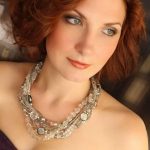 Hailed for the “arresting color” (Cincinnati Enquirer) of her voice, Julie Miller has appeared as a soloist with orchestras and opera companies throughout the USA. As a member of the Patrick G. and Shirley W. Ryan Opera Center at Lyric Opera of Chicago she appeared on the stage of the Lyric Opera of Chicago as Emilia in Otello, Annina (La Traviata), Ida (Die Fledermaus) and Krystina (The Passenger). Other notable assignments with the company include Baroness Nica in Charlie Parker’s Yardbird plus understudies of Octavian in Der Rosenkavalier and Waltraute in Die Walküre. She recently performed the title role in Handel’s Ariodante which Chicago Classical Review described as an “admirable and professional performance” and the Chicago Tribune called “deeply musical.”

Elsewhere, she has appeared with Madison Opera and in London with Hackney Empire as Baroness Nica, Vero Beach Opera as Orlofsky in Die Fledermaus, Sugar Creek Opera as Ma Joad in The Grapes of Wrath, Opera Idaho as Charlotte in Werther and Sacramento Philharmonic and Opera as Maddalena in Rigoletto. Other notable roles she has performed include Jo (Little Women), Annio (La clemenza di Tito), Stephano (Roméo et Juliette), Donna Elvira (Don Giovanni), Ottavia (L’incoronazione di Poppea) and the Mother (Amahl and the Night Visitors).

Ms. Miller is the recipient of the Jerome and Elaine Nerenberg Foundation Scholarship and the Rose McGilvray Grundman Award (American Opera Society of Chicago), the Richard F. Gold Career Grant (Shoshana Foundation), and the Edith Newfield Scholarship Award (Musicians Club of Women). She earned her Bachelor’s Degree from CSU Sacramento and her Master’s Degree in Vocal Arts at the Bard College Conservatory of Music. She also participated in the Georg Solti Accademia Bel Canto in Castiglione della Pescaia, Tuscany. 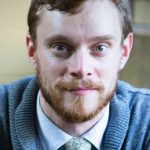 In 2022, Steven debuts with the Seattle, Fort Worth, and Aiken Symphony Orchestras in Handel’s Messiah, with the South Dakota Symphony Orchestra in Bach’s St. Matthew Passion, in the Baldwin Wallace University Bach Festival as Evangelist in Bach’s Christmas Oratorio, and as a member of Vancouver, B.C.’s The Leonids and Louisville’s Artefact. Steven returns to the Charlotte Bach Festival as Evangelist in Bach’s St. John Passion, to Baltimore Choral Arts to perform and record Anthony Blake Clark’s completion of Mozart’s Requiem, to Providence’s Ensemble Altera for their debut recording, to the Oregon Bach Festival covering St. John and St. Matthew Passion Evangelists, and to the Santa Fe Desert Chorale’s Summer Festival.

Steven holds degrees from the University of North Texas and Yale School of Music where he studied at Yale’s Institute of Sacred Music with renowned tenor James Taylor. Steven attended the American Bach Soloists Academy in 2011, was a 2014 Carmel Bach Festival Adams Fellow, and a 2016 Oregon Bach Festival Young Artist. 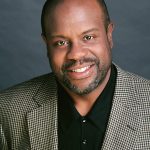 Kevin Deas has gained international renown as one of America’s leading bass-baritones. He is perhaps most acclaimed for his signature portrayal of the title role in Porgy and Bess, having performed it with the New York Philharmonic, Philadelphia Orchestra, National Symphony, Saint Paul Chamber Orchestra, Pacific Symphony, as well as the most illustrious orchestras on the North American continent, and at the Ravinia, Vail and Saratoga festivals. His 2021-22 season highlights included performances of Mozart’s Requiem with the Florida Orchestra, Handel’s Messiah with the National Cathedral, Boston Baroque, and the New York Philharmonic. Other notable performances in the season included Nathaniel Dett’s The Ordering of Moses with the Bach Festival Society of Winter Park, Beethoven’s Symphony No. 9 with the Las Vegas Philharmonic and the Phoenix Symphony, Bach’s St. Matthew Passion with the Portland Symphony Orchestra, and performing the role of Porgy in Gershwin’s Porgy and Bess with the Des Moines Metro Opera, as well as the role of Dick Hallorann in Paul Moravec’s critically acclaimed opera The Shining with the Opera Colorado. 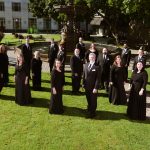 Celebrated as central Ohio’s premier all-professional chamber choir, LancasterChorale has established its role as a vital force in choral music by performing challenging repertoire drawn from the rich treasury of the past, commissioning new works to inspire the American public to more fully understand its present, and supporting educational programming with young singers to promote the future of the choral arts.

Stay for Coda: Post-Concert Conversation. Meet the artists and learn more about the evening’s program.