Violist Michael Isaac Strauss performs around the world as a solo, chamber, and symphonic musician. His love for the intimate concert setting has led to performances on concert series, live radio broadcasts, and festival appearances across Europe, North America, and Asia. A former member of the distinguished Fine Arts Quartet, Strauss made several European and domestic tours with them, as well as a critically acclaimed recording of Mozart’s complete viola quintets on Lyrinx. His solo work is featured on several other CDs—the first recording of Jennifer Higdon’s Viola Sonata, David Finko’s Viola Concerto (re-released in 2015), Stamitz’s works for solo viola with orchestra (Centaur), and the Suzuki Viola School CDs, Volumes 8 and 9. Additional chamber music recordings with the Philadelphia-based Orchestra 2001 include pieces by living composers. In 2016, he released Wordless Verses—trio works inspired by poetry for oboe, viola, and piano—distributed by Naxos. Strauss was principal violist of the Indianapolis Symphony Orchestra for 20 years and has served on the faculty of several prominent schools including Oberlin Conservatory of Music, Indiana University’s Jacobs School of Music, and Swarthmore College. He is a graduate of the Curtis Institute of Music and performs on a viola dated 1704 and attributed to Matteo Albani of Bolzano, Italy. 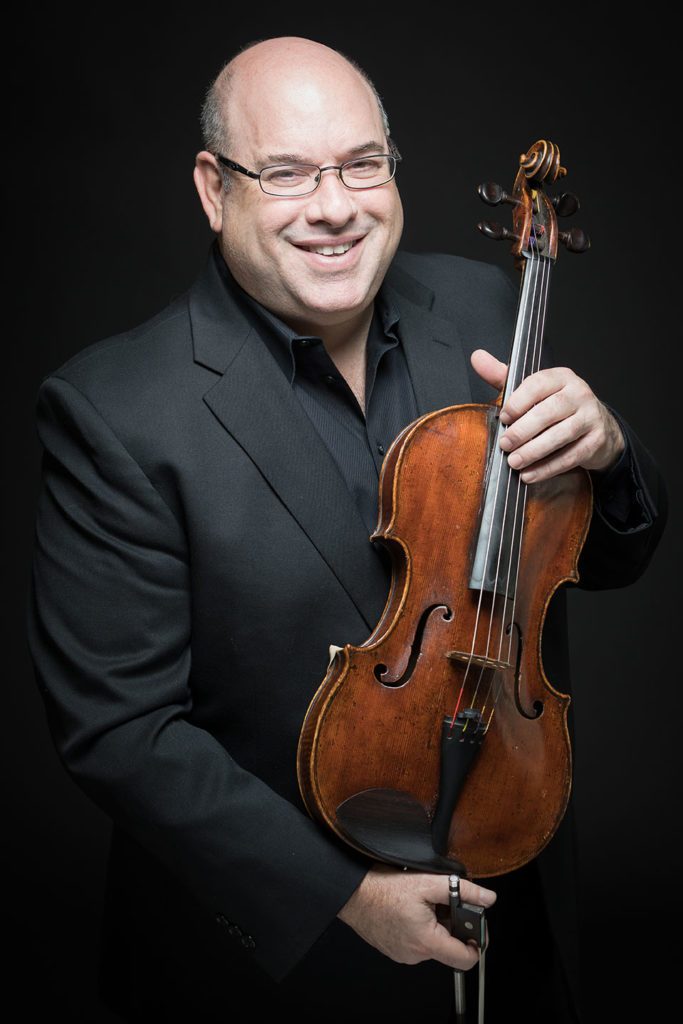