Ms. Guegold is on faculty at the Cleveland Institute of Music for the Preparatory and Continuing Education division and the Joint Music Program with Case Western Reserve University. She also works with both conservatory and preparatory brass ensembles and chairs the Winds, Brass, and Percussion division for CIM Prep. Many of her CIM Prep and CWRU JMP students have gone on to pursue degrees at music conservatories in the United States, United Kingdom, and Denmark.

A northeastern Ohio native and the daughter of music educators, Ms. Guegold earned a master’s degree in performance from CIM where she studied with Richard King, and earned a bachelor’s degree in performance with honors from the University of Akron where she studied with William Hoyt. Additionally, she studied with Rick Solis, Eli Epstein, and David Jolley, and attended the prestigious summer music festivals of the Music Academy of the West, the National Repertory Orchestra, the Tanglewood Music Center, and the Artosphere Arts and Nature Festival. She was a recipient of a Presser Foundation Scholarship and a winner in two Tuesday Musical Association solo competitions during her undergraduate years at the University of Akron.

Ms. Guegold has been a featured soloist on Mozart’s Sinfonia Concertante for Four Winds in E-flat, k. 297b (Canton), Schumann’s Concertpiece for Four Horns and Orchestra, op. 86 (Akron), and Strauss’s Horn Concerto No. 1, op. 11 (Akron).  She will again perform the Strauss with Canton in the 2021-2022 season. 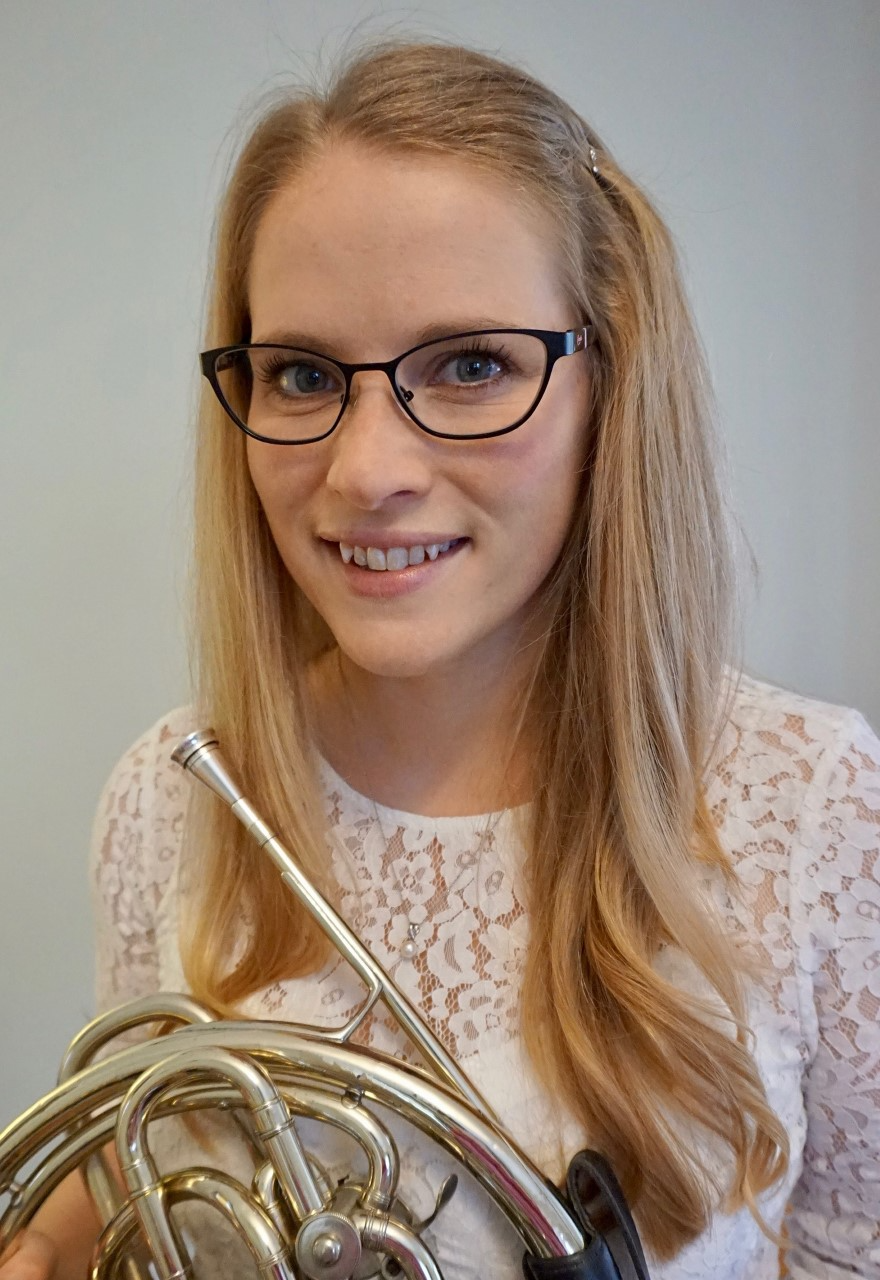