Praised as a “breezily virtuosic flutist” by the New York Times after his concerto debut with the Orchestra of St. Luke’s and Teddy Abrahms in May 2019, flutist Anthony Trionfo is “a musician of prodigious talent and scintillating personality” (Oberon’s Grove).

Anthony Trionfo has performed as a soloist with the Edmonton Symphony, ProMusica Chamber Orchestra, the “President’s Own” Marine Band, McCall Festival Orchestra, and the Stockton Symphony. Recently, he has given recitals at the Morgan Library and Museum in New York, Festival de Ibagué in Colombia, Colgate University, and the Brownville Concert Series. He also frequently appears with the Jupiter Chamber Players in New York City. This season, Anthony makes his concerto debuts with the Grant Park Festival Orchestra, Riverside Symphony, and Gulf Coast Symphony Orchestra, in addition to providing educational residencies for the Juilliard School, Artists Series Concerts of Sarasota, Ithaca College, Clarion Concerts, and Abbey Church Events.

Committed to diversity, equity, and inclusion work within the field of classical music, Anthony has made a purpose of bringing music to all. In 2020, Anthony co-curated “Learning to Listen: A discussion addressing the nuances of the Black experience within classical music” in addition to the Sphinx Organization’s “Illuminate!” series along with Steven Banks and Randall Goosby. Anthony is also a creator of the Umoja Flute Institute, a non-profit organization dedicated to providing flutists of African descent with the tools needed to succeed and thrive at all levels of music making. He is a faculty member with MusicAlly and serves on the Diversity, Equity, and Inclusion Committee for the Aspen Music Festival and School.

Anthony completed both his master’s and bachelor’s degrees from the Colburn School. Conservatory of Music in Los Angeles, California under the tutelage of James Walker, former principal flute of the Los Angeles Philharmonic.

While at Colburn, he was named a Teaching Fellow and studied the art of pedagogy under Dr. Robert Duke. He completed his high school studies at the Interlochen Arts Academy in Interlochen, Michigan as a student of Nancy Stagnitta. He has had additional studies with Nadine Asin, Timothy Day, Dr. Megan Lanz, Emmanuel Pahud, and Mark Sparks. 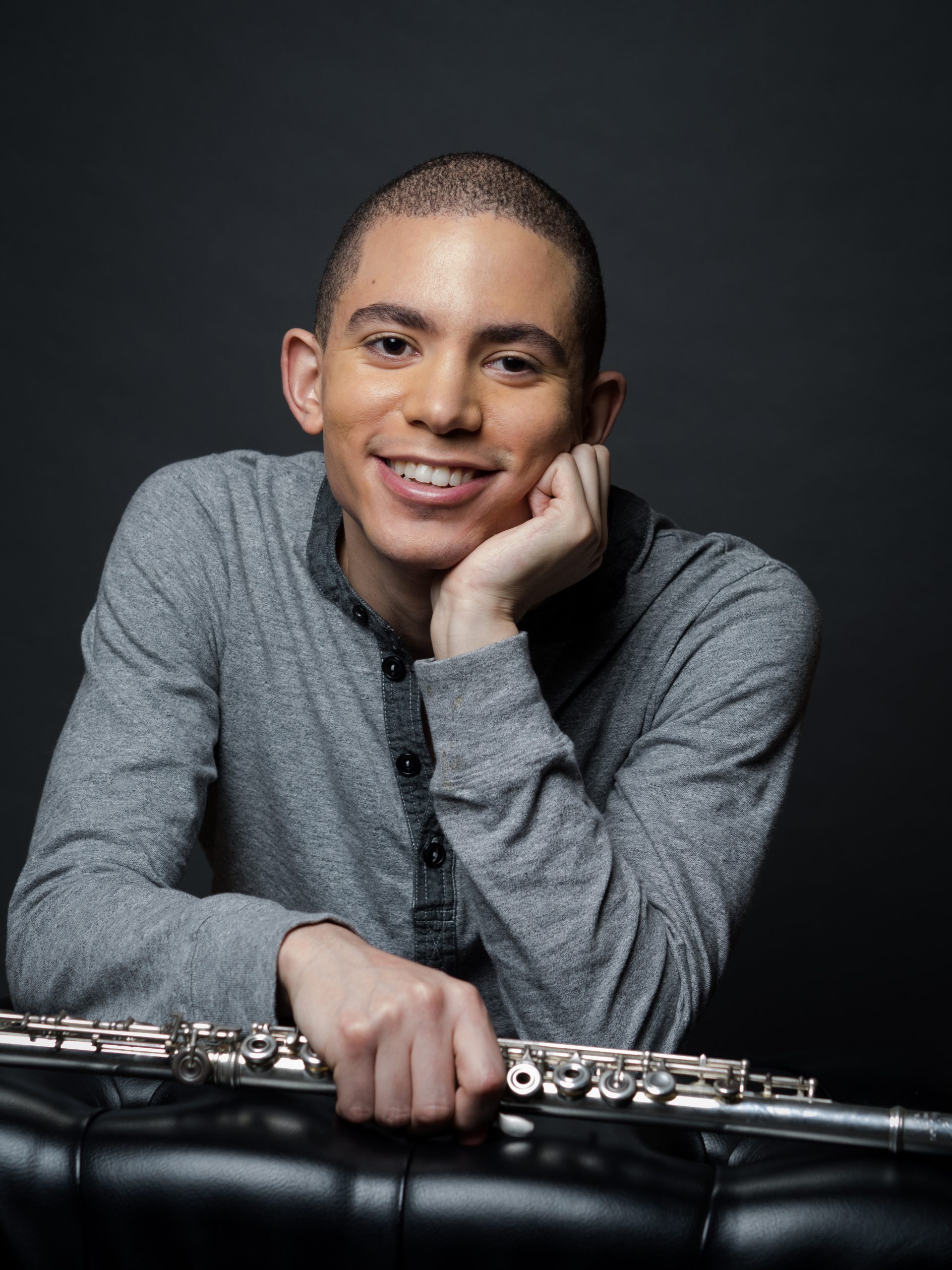