Amy Cave, a native of Cleveland Heights, Ohio is is an avid orchestral musician. In addition to performing with ProMusica, she is a member of the Akron Symphony and the Erie Philharmonic. Amy graduated summa cum laude from the University of Michigan in 2011 where she served as concertmaster of the University Philharmonia Orchestra. While in Michigan she performed as a member of the symphonies of Lansing, Ann Arbor, and Flint. Also she has attended several summer music festivals including the Tanglewood Music Center Orchestra in Lenox, MA, and the Chautauqua Music School Festival Orchestra. Most recently she attended the National Repertory Orchestra in Breckenridge, CO where she was a featured soloist.

In addition to playing music, Amy loves to travel. She struck the perfect balance of these two interests by traveling the world while playing in a string quartet on board Princess Cruises. For two years she was a member of the Thalia Strings performing an eclectic selection of music ranging from classical to jazz to dozens of pop and rock tunes arranged by members of the group. 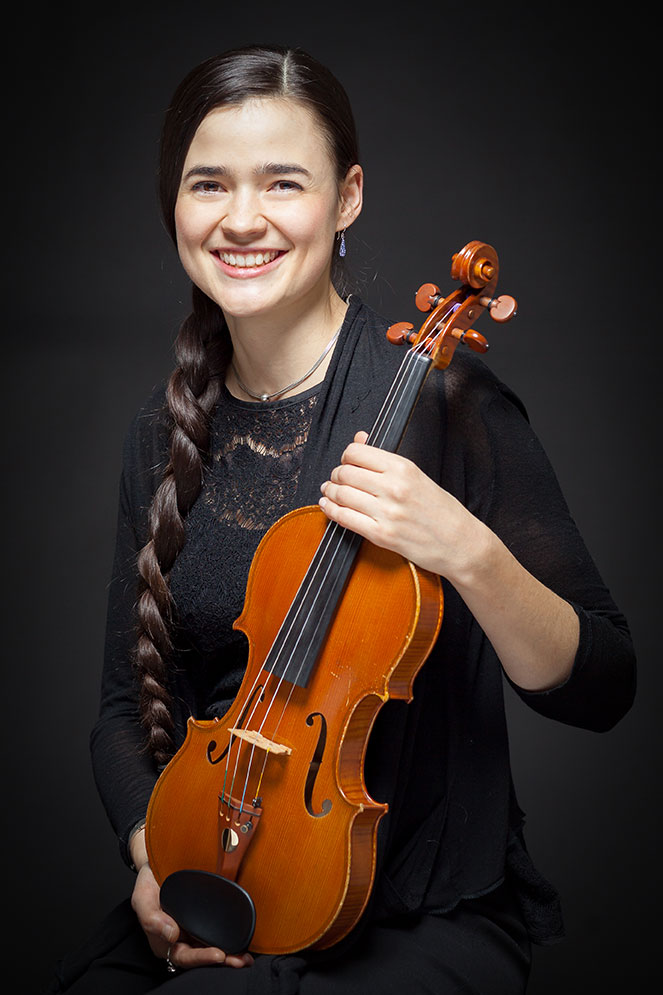