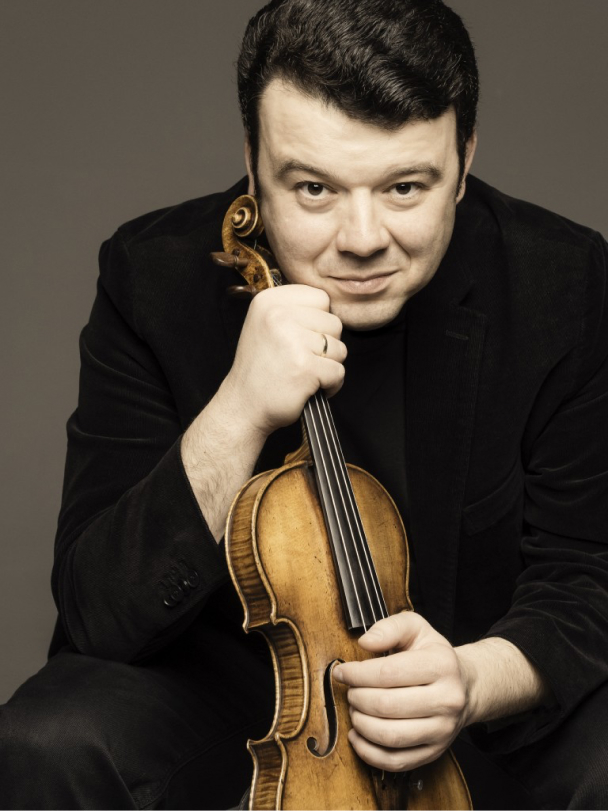 Universally recognized among today’s top performing artists, Vadim Gluzman breathes new life and passion into the golden era of the 19th and 20th centuries‘ violin tradition. Gluzman’s wide repertoire embraces new music, and his performances are heard around the world through live broadcasts and a striking catalogue of award-winning recordings exclusively for the BIS label. Accolades for his extensive discography include the Diapason d’Or of the Year, Gramophone’s Editor’s Choice, Classica magazine’s Choc de Classica award, and Disc of the Month honors from The Strad, BBC Music Magazine, and ClassicFM.

The Israeli violinist appears with world’s leading orchestras and conductors, including performances with Tugan Sokhiev and the Berlin Philharmonic, Boston and Chicago Symphony and Orchestre de Paris; Riccardo Chailly with the Royal Concertgebouw Orchestra and the Gewandhaus Orchestra, as well as with the Cleveland Orchestra under the batons of Hannu Lintu and Michail Jurowski. He appears at Ravinia, Tanglewood, Grant Park, Colmar and the North Shore Chamber Music Festival, which he founded in 2011.

Distinguished Artist in Residence at the Peabody Conservatory in Baltimore, Gluzman plays the legendary 1690 ‘ex-Leopold Auer’ Stradivari on extended loan to him through the generosity of the Stradivari Society of Chicago.