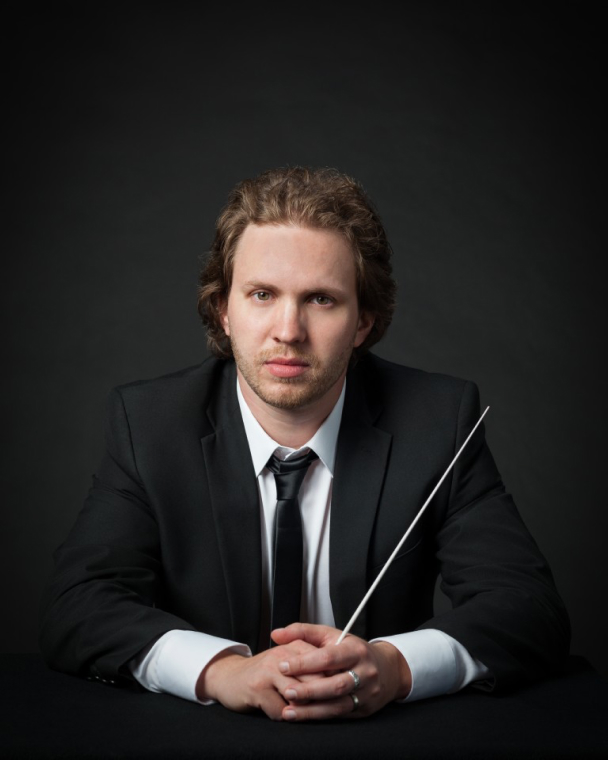 “The performance was an unmitigated triumph.”

“Extremely good, concise, clear, incisive and expressive” writes The Herald of David Danzmayr, who is widely regarded as one of the most talented and exciting European conductors of his generation.

Following on a very successful tenure as Chief Conductor of the Zagreb Philharmonic Orchestra, Danzmayr was appointed Conductor Laureate, the youngest ever to hold this title in the orchestra´s history. Performing regularly to sold-out audiences in Zagreb´s Lisinski Hall and having been awarded the Zagreb City Award, Danzmayr and his orchestra also repeatedly toured to the Salzburg Festspielhaus, where they received standing ovations performing the prestigious New Year’s concert, and to the Wiener Musikverein.

Danzmayr serves as Music Director of the creative and unique ProMusica Chamber Orchestra, an orchestra comprised of musicians from all over the United States. Here, he regularly commissions world-renowned composer/performers to appear in the first performances of their works alongside the great classics, a mission that extends the creative spirit of classical music and places the core repertoire in a modern context.

In February 2021, David was announced as the new Music Director of the Oregon Symphony. Previously David Danzmayr served as Music Director of the Illinois Philharmonic Orchestra in Chicago, where he was lauded regularly by both the Chicago Tribune and Chicago Classical Review for his performances. He was also the only conductor in the Chicago area, who programmed a piece of American music at every concert.

Building these early successes into a far-reaching international career, Danzmayr has quickly become a sought-after guest conductor for orchestras around the globe, having worked in Europe with the Deutsche Kammerphilharmonie Bremen, Vienna Radio, Stuttgart Radio, City of Birmingham, Hamburg, Basel, Bamberg, Odense, and Iceland symphonies, as well as Essener Philharmoniker, Bruckner Orchester, Mozarteum Orchester, Swedish Chamber Orchestra and others.

In North America, his talents have propelled him to the finest of U.S. and Canadian Orchestras in a very short time, where he has already conducted the likes of the Minnesota Orchestra, the Detroit, Houston, Oregon, Milwaukee, Utah, Vancouver, San Diego, Colorado, North Carolina, Pacific, New Jersey, and Indianapolis symphonies, the Los Angeles Chamber Orchestra and Grant Park Festival just to name a few.

Besides numerous reinvitations, he will make major debuts this season with the Baltimore Symphony, San Antonio Symphony, Virginia Symphony, the Rochester Philharmonic and the BBC Orchestra of Wales.

He has served as Assistant Conductor of the Royal Scottish National Orchestra, which he conducted in more than 70 concerts so far, performing in all the major Scottish concert halls and the prestigious, Orkney based, St Magnus Festival.

David Danzmayr received his musical training at the University Mozarteum in Salzburg where, after initially studying piano, he went on to study conducting in the class of Dennis Russell Davies.

Danzmayr was strongly influenced by Pierre Boulez and Claudio Abbado in his time as conducting stipendiate of the Gustav Mahler Youth Orchestra and by Leif Segerstam during his additional studies in the conducting class of the Sibelius Academy. Subsequently, he gained significant experience as assistant to Neeme Järvi, Stephane Deneve, Carlos Kalmar, Sir Andrew Davis, and Pierre Boulez, who entrusted Danzmayr with the preparatory rehearsals for his music.

“Clearly Danzmayr has what it takes.”