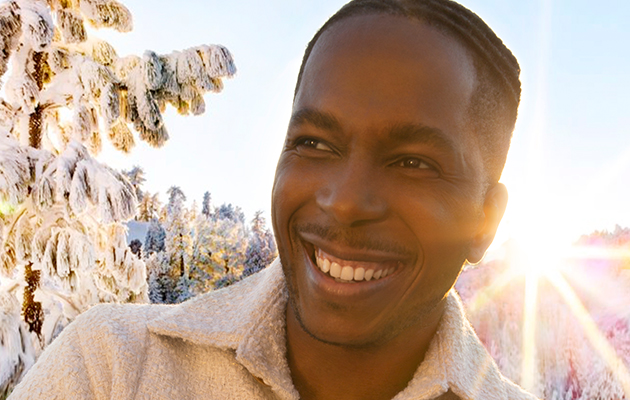 (Columbus) – ProMusica Chamber Orchestra reunites with acclaimed Broadway star Leslie Odom, Jr. – best known for originating the role of Aaron Burr in the hit musical Hamilton – for a pair of concerts in December. Odom last joined ProMusica for the Soirée Benefit & Concert in February of 2018.

Odom’s portrayal of Aaron Burr in the musical Hamilton earned him a 2016 Tony Award for Best Actor in a Leading Role in a Musical and a Grammy Award for Best Musical Theater Album in the same year. He is also known for his roles in the television series Smash and Person of Interest, as well as films Murder on the Orient Express, Harriet, and Hamilton. Odom currently voices the character of ‘Owen Tillerman’ in the Apple TV+ animated musical-comedy series Central Park, for which he was nominated for an Emmy Award in 2020.

Odom has released 4 albums to date, including two Christmas albums, and his self-titled debut topped the jazz charts in 2014.

“We have a special place in our hearts for Leslie Odom, Jr.  – he’s not only an incredible vocalist and entertainer, but he also loves performing with us. So much so that when he was asked to close out the 2020 NFL Draft, his team asked us to have ProMusica musicians accompany him. It was incredibly powerful,” said ProMusica CEO Janet Chen. “We can’t think of a better way to close out our year and welcome in the holiday season than these performances with Leslie.”

Tickets for the Leslie Odom, Jr: The Christmas Tour with ProMusica Chamber Orchestra will range from $48 to $110. Pre-sale for ProMusica subscribers and Members starts Monday, October 11, 2021, with tickets going on sale to the general public on Monday, October 18, 2021 through the ProMusica office (online at promusicacolumbus.org, and by phone at 614.464.0066 (ext. 111) or via Ticketmaster.

ProMusica requires that all guests must provide proof of full vaccination for COVID-19 or a negative COVID-19 test to enter the Southern Theatre. Guests are also required to wear a mask, worn properly over the nose and mouth, at all times until further notice.